I’m a double agent. Hm. No. Let’s be real here. It’s more like a triple agent. The fucked up web of lies, deceit, and isolation caused by my disease has turned my life and the people in it into the equivalent of a giant fisherman’s tackle box. Or like one of those plastic containers that keeps your pills separate from one another. There are people from my past that don’t know people in my present. And purposefully so. There ARE people from my past that DO know people from my present and keeping their interactions to a minimum has always been very exhausting. You see, there are things that people from the past know; things that people in the present do not know. And vice versa. It has been a constant struggle keeping people in their compartments and only opening the lids to their sections when necessary. There are other people that I sectioned off where the lid has been kept closed for years. The relationship may be dead for all I know. Friends that have faded into memories. Friends that probably wondered what happened to us or why I disappeared. Maybe some of them can deduce why. Maybe some of them don’t care why.

While I know I’m not really ready, I am very aware of the mess I’m going to have to eventually clean up. And a fucking Swiffer ain’t going to cut it.

My descent into wild and wonderful world of alcoholism started in 2002-ish at the age of 20 when I was just a precious and cute little arrogant asshole. The disease progressed rapidly reaching physical dependency and medical crisis in 2004. Without getting into the details of my hospitalization itself (that is its own post), let’s just say I nearly died at a very very young age (22). My sickness was blatantly public and everyone in my family knew what had happened. I got sober, developed a new circle of friends, artistically explored my sobriety in a very public way, etc. I was an advocate for recovery and no one hesitated talking to me about my own experiences or their own concerns with their own questionable behavior.

Then in 2008, I very casually and without much fanfare, relapsed. Here’s a post about that. My relapse coincided with the end of a relationship and a professional opportunity which required relocation. This is when my life began to fracture and compartmentalize socially and the various sections where I kept certain people began being born. It has gotten quite complex so to break it all down, here is a guide to various social vestibules in my people pill keeper container of a life:

I’m trying to take it easy on myself. I need to work through these things at my own pace and keep reminding myself that this is not a race. There is time and right now I need to heal physically and deal with the immediate fallout and trauma. But it’s so very hard when you’re on the phone with your mother and you almost blurt out, “I’m 45 days sober today, mom!!!” before catching yourself and thinking, OH SHIT NO I’M NINE YEARS SOBER. NINE YEARS. It’s very hard to be watching a medical show with your boyfriend where they mention pancreatitis and you have to pretend like you don’t know what that is even though it almost killed you. It’s agonizing to have to FUCKING PRETEND that recovery is a new thing to me and that I’m learning concepts for the first time. How incredibly stupid does that sound?? When talking to my boyfriend, I actually think about how I’m phrasing things so I don’t give away the fact that I’ve been through this before and that I already know the drill. I’m proud of the work I’ve done so far. I feel good about it. So good in fact that I almost tell friends things like, “No PAWS symptoms all week, Linda! HIGH FIVE, SUGARMAMA!” Then I bite my tongue. Linda doesn’t even know about me and my problem yet. Also, I don’t actually have a friend named Linda so everyone stop picturing Linda in your head. It’s a waste of time.

I had some people tell me a few weeks back that I should just tell everyone and anyone. People talking to me like I don’t know what it means to be proud of my sobriety. People talking to me like I’ve never walked this walk or assume that I know nothing about advocacy even though I’ve done this all before. And I just have to be okay with that and not let it bother me. Ego shedding underway. They don’t mean anything bad by it and they don’t know me. They’re just trying to help. But just between us girls, know that I DO know what it’s like to proudly scream about my sobriety from the rooftops. I’ve done it. I’ve had that. And if you’ve never experienced it, just know that it feels fucking amazing. And I want it back. I’m going to get it back.

Follow The Six Year Hangover on WordPress.com
Join 585 other followers 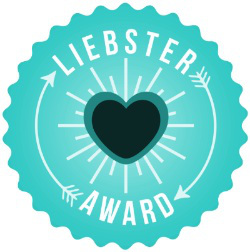